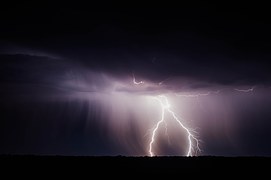 I have had some sticking points in this journey through this ancient text. One big one is why God hardened Pharaoh’s heart. And he sent a plague, and hardened Pharaoh’s heart and sent another plague and hardened his heart – until at last the final measure was wiping out every first born child and animal in Egypt. And I keep asking why… a tricky thing when you’re dealing with an event with thousands of years between it and you.

So I keep asking God for understanding.

ok, i say, you had your reasons and I don’t have to understand them all – but I want to know you. I want to know more of you than this one dimensional, sliver of you that I’ve seen. And I have to ask myself if i am really willing. Am I willing to look at all of God, including this ancient, fire breathing, smoke billowing, smiting God, and not cross my arms, stick up my nose in disgust and indignation, turn around and walk away. Because the God that hardens people against cooperation and then kills their first born just to prove a point, just to show everyone that He’s All Mighty, sounds more like a big bully in the sky squashing us for pleasure than any God I know. And that God certainly doesn’t square with the God that I have come to know and love. So what do I do with this Old Testament God? Because wether I like it or not, I don’t get to just chuck Him out with the holy washbasin water, and keep the part that appeals to me. It just doesn’t work that way.

That leaves me with some hard questions.

So with the question of Pharaoh’s heart-hardening on my growing list of questions, I read on and find Israel’s children in the desert after the glorious, triumphant escape. Around the three month mark they settle down at the foot of a mountain where God told them to come meet with Him. Since The Beginning, in Genesis, God has been weaving a beautiful story for us of His invitation for people to come and be with him, first in Eden, then at a spot in the desert Jacob named Beth-el, and at a mountain in the Sinai wilderness (and lots of places in between). He said – You guys come over here to the mountain, and my glory cloud will come on the whole lot of you and you will ALL hear my voice the same way Moses does. And they shook in their boots and refused, saying Just tell us what to do and we will do it. Adam and Eve ran and hid, and even Moses told God over and over he couldn’t do what God was saying. So God made Adam and Eve leather clothes (the first animals sacrificing their lives for our sin), God gave Aaron to Moses as a mouthpiece, and he gave the Israelites the Law. God wanted to commune with his people, be in the middle of them, speak directly to them and instead they asked for a task to fulfill. So on that mountain that thundered and shook and reined terror down on the people, he gave Moses the rules and the “thing to do” that the people had asked for instead of what He had desired – to meet them one on one.

From that point everything changed. 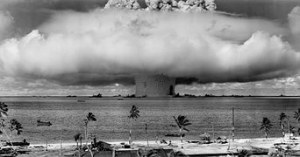 The beautiful story of a God that made a covenant with the people he loved, and in His sovereignty he kept them and prospered them in spite of how badly they fell off the rails, took a turn at that mountain and it became one of rigid rules and guidelines to follow, filling their days with a perpetual flow of blood streaming from the altar to atone for them. It was almost like He said, “Fine. You want something to do? Here, have it your way. Try this out. See how this works for you.” And the flood of blood and of rules to live by, the “thing for them to do”, began. And so far (half way through numbers) they are managing to do it all according to His commands. But it’s pretty gruesome. Some of the instruction was for the organization of their camp and army, and how to march and how to set up and tear down and carry the Tent of Meeting and everything in it. But even in all that I wonder how much of it was Him just meeting them where they were, in the way they could understand and not how He really desired to interact with them. We people seem to always want a to-do list. Just tell me what to DO God! When He keeps asking us just to be with Him.

I believe that the Bible is the inspired word of God. I also understand that it was written by men with their own viewpoints 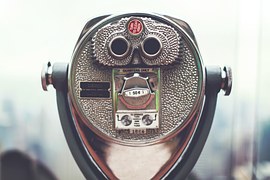 and perspectives. If there is anything I have learned in this life, is that each of us bears our own lens that we see God and life (and everything in it) through. The people in these ancient texts lived in a world that’s hard for us to even imagine, much less to understand through their lenses. And although inspired by God, they can’t escape their perspectives and the way they understand Him.  They never knew the part of God that we have known, because Jesus hadn’t yet come to open that up to them. And I struggle to know the parts of God they saw and experienced from this side of the cross.

No wonder Paul kept saying, “It’s not that I have this all figured out!…” Certainly, we don’t. But as I keep journeying with Israel’s family through the wilderness, following the cloud and fire, I will see a little more through their lens, to share their view of God, to hear Him speak to me here and now and whisper to me, uncovering these mysteries.

Here’s what I do know.

Bible in 90 days coming out of hiding Dear Papa It's all about Perspective killing codependency life in the woods Me me me stories Tell the Truth, Say it Out loud through a glass dimly
%d bloggers like this: