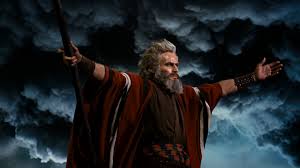 I have fallen in love with Moses.

That’s right, even if i do have Charlton Heston in my head when i read about the Red Sea parting, I’m pretty sure the guy my heart holds such affection for looked nothing like our lovely Mr. Heston. I never really knew what to think of Moses. I grew up hearing stories of him confronting Pharaoh, parting the sea, throwing down the freshly chiseled stone tablets in rage over Israel disgracing themselves and God, worshipping a big golden cow, but I never had any particular feeling toward him – until two days ago when I read numbers 12:3 –

Now the man Moses was a quietly humble man, more so than anyone living on Earth. –

When I read that my heart suddenly filled with love for this man. All his arguing with God wasn’t because he was the most stubborn man on earth, or because he was lazy, or because he had something better to do with his time out in the desert. It was humility. And for me that was a game changer, and his story made more sense in the light of it. Of course he was. how else did he walk out the path God set him on? And the struggle that Moses had when God told him what a high profile job he was being given, suddenly made sense… anyway. It’s not a profound revelation or anything. i just love him.

So here we are in Numbers, and Aaron and Miriam had started feeling a bit entitled – they were jealous of how God spoke to Moses and were talking about Moses behind his back. God heard them and confronted them, the conversation resulting in Miriam being struck with leprosy and Aaron calling Moses ‘master’. God heard and came to Moses’ defense. When Aaron and Miriam got jealous, thinking they should get the same treatment as Moses, God let them know that he had chosen to speak to Moses differently than anyone else. Moses was his friend – it was beautiful. He said:

Listen carefully to what I’m telling you.
If there is a prophet of God among you,
I make myself known to him in visions,
I speak to him in dreams.
But I don’t do it that way with my servant Moses;
he has the run of my entire house;
I speak to him intimately, in person,
in plain talk without riddles:
He ponders the very form of God.
So why did you show no reverence or respect
in speaking against my servant, against Moses?

Intimately, in person… this just stops me in my tracks… melts something deep down inside. This is what God wants with us, always has. In the old covenant it just took more humility than we can fathom.

So when people get too big for their britches in the old testament, God has a way of dealing with them to help us remember it’s not a good idea. The next showdown was on a much bigger scale and there they all were, lined up in front of the tent of meeting – moses and aaron with the incense as God had instructed for worship, and then the other guys with their incense, having decided that they should be able to do whatever they wanted regardless of what God instructed, and offer the sacrifices too. They had convinced themselves that Moses was just making stuff up to torment them. Only, i think they forgot that they had asked God for a “thing to do” and God gave it to them. And they resented it, and now they had a bone to pick with God.

So there they all stand – the arrogant hearted and the humble, and Moses gets wind that something is about to go down, that God won’t stand for men to put themselves in His place – saying what’s acceptable and what isn’t. So Moses took off running to the tents of the arrogant men and told everyone to clear away – and standing there in the doorways of their tents with their wives, children and babies – the earth opened up and swallowed the hardhearted, arrogant, Self focused men and their families alive into Sheol…

So they all backed away from the tents of Korah, Dathan, and Abiram. Dathan and Abiram by now had come out and were standing at the entrance to their tents with their wives, children, and babies.

31-33 The words were hardly out of his mouth when the Earth split open. Earth opened its mouth and in one gulp swallowed them down, the men and their families, all the human beings connected with Korah, along with everything they owned. And that was the end of them, pitched alive into Sheol. The Earth closed up over them and that was the last the community heard of them. 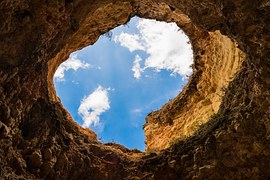 I don’t think i ever knew exactly why all those men had gotten swallowed up by the earth, just that they had disobeyed and God was mad… and i always thought it was a tad extreme of a punishment but then… then i fell in love with Moses. and I watched moses intercede for the people over and over again – and i thought hmm, that’s just like what Jesus is doing for us now. It makes me wonder what the intercession Jesus is doing for us now looks like. Does it look like Moses pleading with God not to strike us all dead because we have forgotten Him and only give a rip about ourSelves?

And I consider these things and I don’t think He’s cruel. I feel alive inside, at the thought that God would back up a man like that. because isn’t one of the biggest fears we have is that God won’t show up when we need him to? Moses had warned the men saying IF the ground opened up… and then just like that, it was happening.  Like God said – that sounds like a good idea, Moses. Let’s do that. And then, of course the people look at Moses and said ‘Why did you do that?!’ As if Moses was the one that made the earth yawn and swallow. geez… People.

But lest we forget, we are people just the same. Arrogant and full of ourselves, in need of an Intercessor. We are in need of a God that’s gonna come through for us when it seems the odds are stacked against us. If nothing else, reading these ancient words should help us remember that God, the Creator, the All Mighty, is indeed bigger than we are or anything we can conjure up in our little Selves. Sometimes we just need to re-establish the basics. God big. Us little. And for those of us who love Him, that is outrageously encouraging.

Bible in 90 days coming out of hiding Dear Papa It's all about Perspective killing codependency life in the woods Me me me stories Tell the Truth, Say it Out loud through a glass dimly
%d bloggers like this: